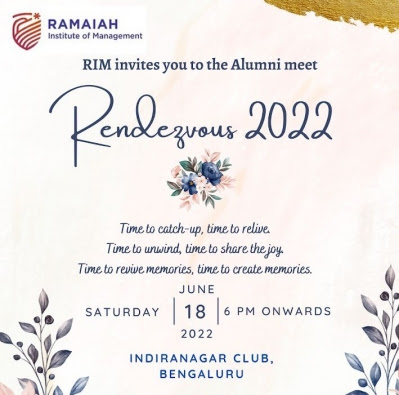 Over the 27 illustrious years of MSRIM, our alumni have gone on to excel in various areas and constantly raised the bar.

On this opportunity, we are pleased to announce the MSRIM Distinguished Alumni Award. The award shall be conferred to the Alumni who have outshone in their selected areas in India and abroad for their remarkable achievements and contributions.

We look forward to receiving nominations from our alumni network for MSRIM Distinguished Alumni Award(s) from the following categories:

We would appreciate receiving nominations on or before June 15th2022

For clarifications if any, you may please contact Alumni Relations Office, Email Id: rimaajointsecretary@msrim.org,