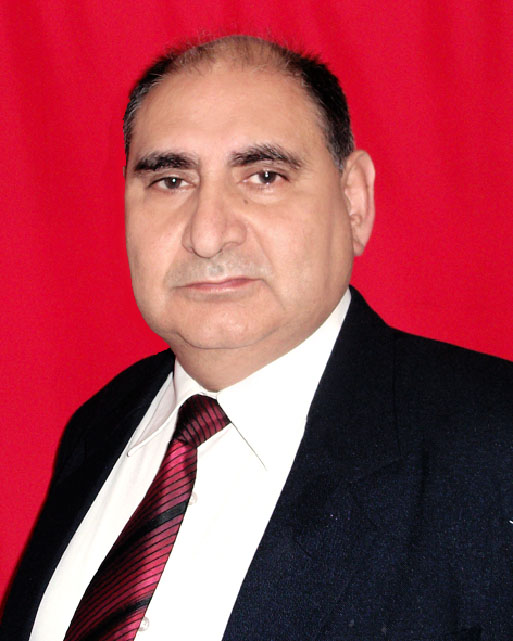 During his 21 years of service in GSI, his field of specialization has been Analytical Geochemistry and has worked at BRGM France on Inductively Coupled Plasma. Preparation of In-house SRM's in GSI was taken up under his Supervision. He was National Coordinator for NGCM Programme for chemical analysis and Chairman of IGCP- 470 and 506. He has been member of number of subcommittees for the preparation of draft documents for various standards in BIS.

Dr. Razdan joined All India Council for Technical Education as Adviser-I in April 2001.  He looked after various Bureaus, before joining as Advisor Quality Assurance (QA) and Member Secretary (NBA).  As Member Secretary of NBA, he was responsible for Awareness of accreditation throughout the country. Application for membership of Washington accord was submitted by Dr. Razdan at New Zeeland in 2004. Nominated as member of General Council & Executive committee of National Board of Accreditation

Dr. P. N. Razdan has published many research papers in various Journals of International repute. He was awarded H. K. Sen. Memorial Medal in 2006 by Institution of Chemist. He was nominated as member of “High Power Committee on GSI” constituted by GOI. Ministry of Human Resource had appointed him as chairman of a Review Committee for evaluating the Ministry’s Schemes of Sub-Mission on Polytechnics.

Dr. Razdan was Pro Vice Chancellor of KIIT University Bhubaneswar for about 2 Years.

Dr P. N. Razdan joining Dr. D. Y. Patil Vidyapeeth Pune as Vice-Chancellor in 2010 and relinquished his assignment on 31th Dec 2018. He was responsible for leading, directing, and managing day-to-day academic and administrative operations of DPU along with providing strategic planning and leadership to the Vidyapeeth. He ensured that highest standards of academic quality are achieves to fullest possible extent. His contribution as Vice-Chancellor of DPU can be viewed by the academic accolades achieved by Dr D.Y..Patil Vidyapeeth Pune during his tenure of last eight & half years

Dr Pushpati Nath Razdan has joined Gokula Education Foundation, Bangalore as Principal Advisor, Quality Assurance and Excellence cell in January 2019 to look after total quality management of the institutions for national and international visibility, through accreditation, rating and ranking.

“Quality Assurance and Excellence Cell (QAEC) has been established to create quality culture in various institutes of Ramaiah, in order to enhance the academic ambience in the whole group. The core responsibility of the cell is pre-accreditation exercise and to develop a system for conscious, consistent and catalytic improvement in the overall performance of the institution at all levels and provides a sound basis for necessary quality changes to build an organized methodology of documentation”.